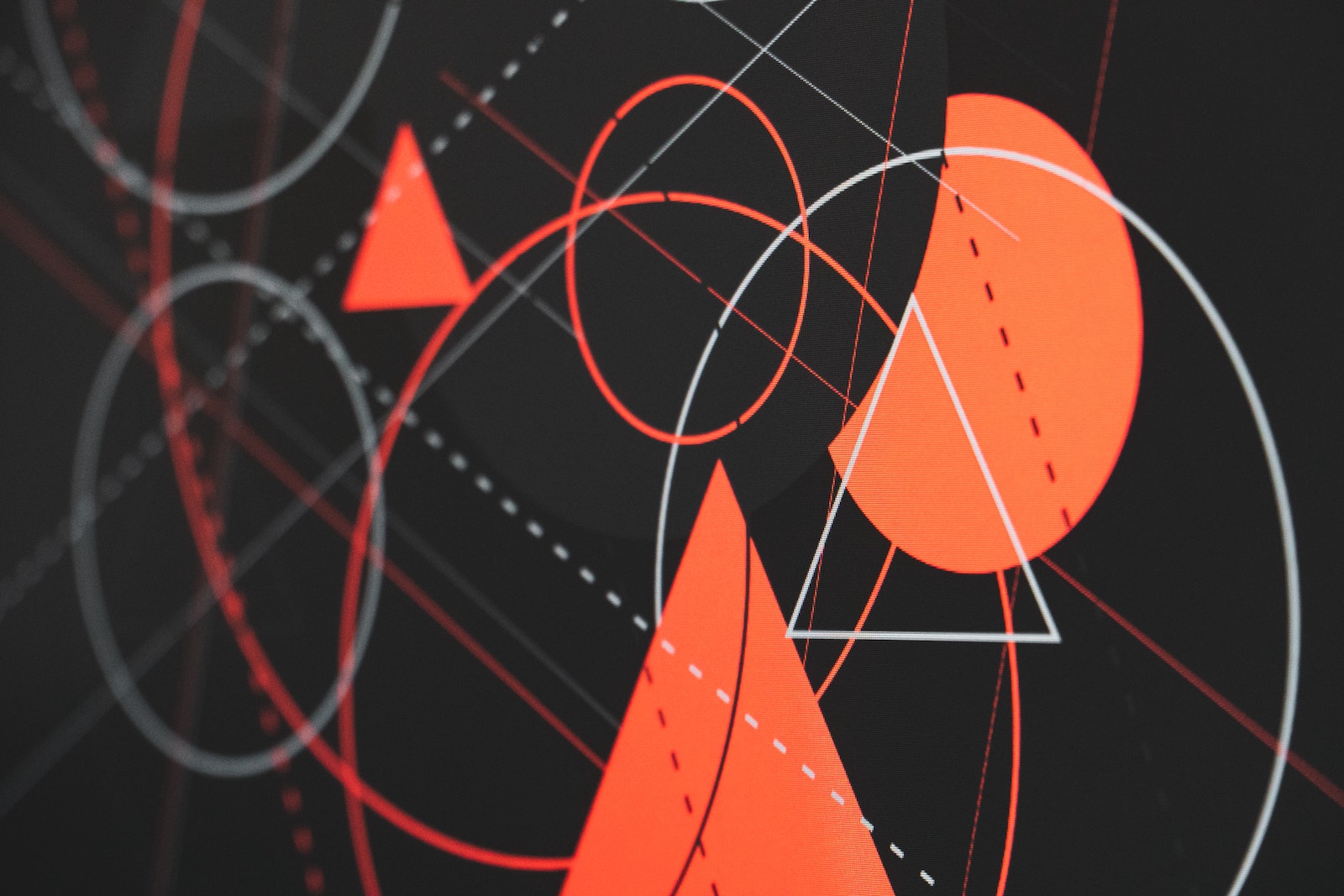 The original version of this article was posted on the CACE Blog on January 30, 2020.

The dualistic mind, upon which most of us were taught to rely, is simply incapable of the task of creating unity. It automatically divides reality into binary opposites and does almost all its thinking inside of this highly limiting frame. It dares to call this choosing of sides “thinking” because that is all it knows how to do! “Really good” thinking then becomes devising a strong argument for our side and against another side, race, group, political party, or religion.

Yes, there is always a third way that breaks the boundaries of dualistic thinking with imagination born of grace and love. If my thoughts on curiosity tempted anyone to choose sides (thinking that curiosity is either “good” or “bad”), here is an article by here is an article by Dr. Richard Richard Edlin that that reminds us to think about curiosity in a way that leads to wonder, reverence, and gratitude for God and creation.

Jesus was a master of the third way. (In fact, he is the way!). Through his probing questions, he teaches us that dualistic thinking will never find the way to the love of God.

In each of these cases, and many more, Jesus breaks the thinking archetype of either/or and shifts the conversation to a higher principle–a third way that could not even be imagined by those who were seeking righteousness by choosing the “right side.”

Note these other dualities the Bible overcomes by inviting our imagination to a whole different plane.

How can we teach complex concepts like the third way to our students? It has to involve more than just explaining it, talking about it. We have to provide opportunities for them to imagine it, to experience it.

I tried to introduce this idea of the third way in my fourth-grade public school geometry class. (For a detailed description of this project see chapter 6 of chapter 6 of my book Starting from Scratch, “What is the Greatest Number?”). After sharing a story concerning a dispute among the numbers regarding who should be the king or queen, I invited students to act out what they thought the numbers One through Twelve might have said to convince the others that they themselves should be crowned.

We started with number One. After a lively debate, I told them what the numbers actually said. One said, “I should be king because I am the sum of all numbers. I have many parts, but if I add them all up, I get one me. I see many me’s in this room, and if you add them all together, you get one class.” Many classes add up to one school, and so on–towns, states, countries, and finally, if you add up all the countries, you get one world. One embodies the concept of unity, represented by the circle.

Two finds the world of one same thing kind of boring, so she introduced the exciting world of polarity: as the earth rotates and moves through the Heavens, we get day and night, hot and cold, light and dark, up and down. (Sound like the Tree of Knowledge – Good and Evil?) Two says, “I bring action, excitement, drama into the boring sameness of One.” She is represented by the Yin Yang symbol.

Three did not want to live in the “warring world of Two,” so he offered a way that leads to peace: synthesis. He brings a third way to escape the dialectics of duality: “Out of black and white I bring the three primary colors. Out of man and woman I bring something new – a child! E pluribus unum!”

(Kieran Egan describes the fascinating journey of understanding, which at an early stage tends to frame things as binary opposites: beautiful or ugly, good or evil, brave or cowardly. Then as we mature, we fill in the binary opposites, say, hot and cold, with a continuum of nuance – cool, warm, lukewarm, tepid. The story of Goldilocks represents this development, from too hot, too cold, to just right! See more of Egan’s ideas here.)

Three is the shape of the triangle. I used the shapes of each number to introduce and practice the vocabulary and explore the principles of geometry. We drew each geometric form freehand (in fifth grade we constructed them with a compass and straightedge) and created calendars to give to families and friends.

But I also used Three to represent the third way. I wanted to unite academic learning and spiritual imagination. Whenever students were in conflict, they would describe their fights and arguments as being stuck in the kingdom of Two. They expressed their attempts to solve their disputes as “finding Three.” This class was in a public school, so that’s as far as I could go in terms of suggesting a moral compass. But as Christian teachers, where could you take this concept?

The third way comes by grace. It isn’t something we create as much as something we receive. In his book On Dialogue,  David Bohm suggests that the word dialogue comes from the Greek word logos, meaning word, and dia meaning through. “The picture or image that this meaning suggests is of a stream of meaning flowing among, and through us and between us. . . . It’s something new that may not have been in the starting point at all. It’s something creative.” Is Bohm a theoretical physicist describing the Holy Spirit?

The most dangerous ideas in society are not the ones being argued, but the ones that are assumed.

The ultimate duality that plays out every day in our personal lives, our politics, our economies, and even our churches is seen through a mindset of you and me, self and other, us and them. I’m not sure what principalities are, but I imagine that one of their superpowers is to control us without our having any awareness of their presence. Our tendency to see the world framed through the default lens of duality results in the divisiveness described by Richard Rohr. It leads to seeking power, wealth, and prestige, resulting in oppression, injustice, and inequality. It excludes, rather than welcomes, the other.

There is one power that can ultimately overcome the “warring world of Two”; it is the infinite love that flows through Father to Son to Holy Spirit, a love that we have access to as we abide in the grace of our Lord Jesus Christ. Only love can unify the dualities that separate us from one another and guide us in caring for the world God made.

After my students and I heard all the numbers’ campaign speeches and conducted our own election, number Three was often the one to receive the crown.

Photo by Martin Sanchez on Unsplash 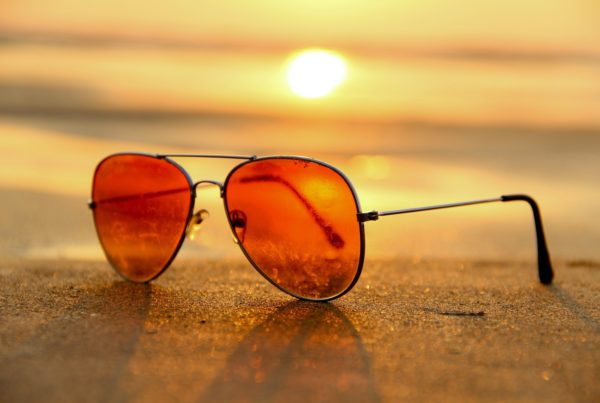 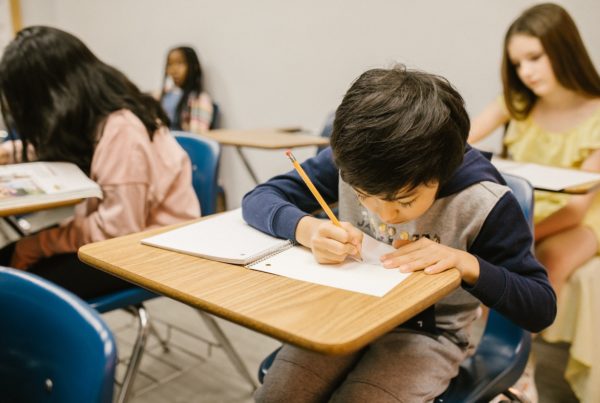 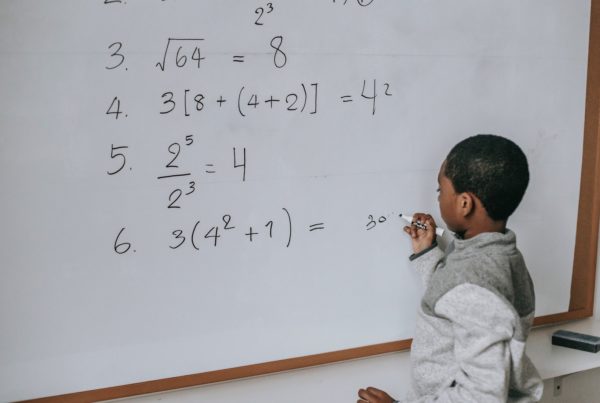